Sigma Conso: from MVP to international growth and innovation

Sigma Conso: from MVP to international growth and innovation

In this case study, we’re going to look into the history of Sigma Conso, a Corporate Performance Management software provider founded in Belgium in 2002. Their story explores:

While most entrepreneurs dream of growing their companies into international players, the first step of developing an idea can often be the hardest. This is evident in the sheer volume of resources available, particularly on how to develop a minimum viable product (MVP).

Eric Ries of the Lean Startup movement defines an MVP as the “version of a new product which allows a team to collect the maximum amount of validated learning about customers with the least effort.” And even though that doesn’t mean your product won’t be rough around the edges, we all know that reaching MVP is one of the first, most fundamental steps to success.

Have a B2B product you’d like to scale? Get in touch to see how we can help. 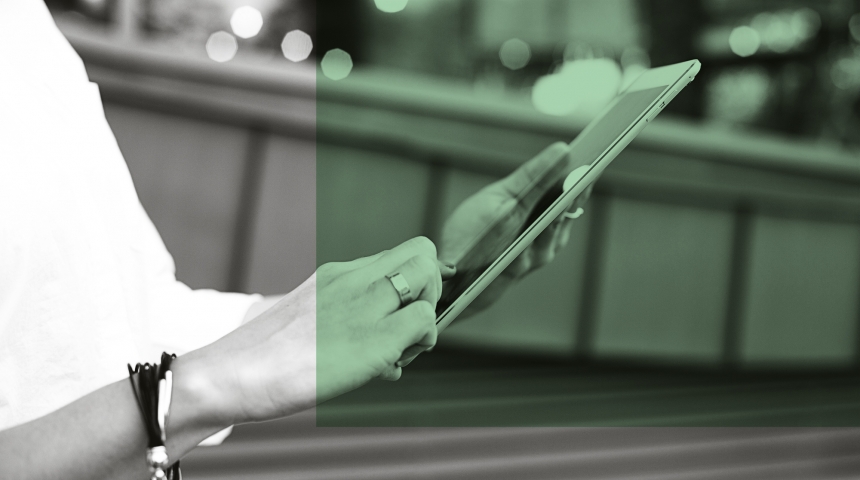 Sigma Conso began its life with founder Allen White building consolidation tools to meet his own professional needs. In fact, Allen White built his first consolidation software in 1983, to help European companies meet new legal account consolidation requirements. After selling this product to Hyperion in the 1990s and going on to creating his own company in the early 2000s, White built another tool to help himself. He quickly realised, however, that he had an MVP when his customers started asking for licenses of their own.

Those customers were Sigma Conso’s early adopters and the quality of White’s product, as well as the personalised service he provided, created a strong sense of loyalty to the company. But then came a point when these companies started to grow and needed a product that remained relevant to their needs. At the same time, the market for these products was becoming increasingly active, with competitors starting to offer more alluring platforms.

The dilemma for Sigma Conso was whether to grow or stay small. And if they wanted to grow, then how would they achieve this? They knew they had a great product, so the way forward was clear – to build on their MVP to meet their early adopter’s growing needs.

Once Sigma Conso had made the decision to grow, they were faced with numerous challenges. At this point, competitors were a real threat to the company, particularly when its early adopters were calling on them to either improve the tool or develop something new.

Another challenge was the limitation on the international expansion required to really make the product take off. These limitations included language barriers, as the original product was only available in English. Restricted product usability and relevance for international users was another barrier, as the tool only met Belgian reporting requirements.

Sigma Conso also needed to ensure they had a competitive, scalable product that maintained a low Total Cost of Ownership, as most of its customers were small groups. Although its existing product yielded better results and was more reliable, it still needed upgrading to compete with the competition’s software in terms of user experience and extra features.

It bears mentioning that Sigma Conso originally decided to redevelop their product to suit their early adopters, who were mainly small- to medium-sized businesses that were growing. The fact that the new product attracted enterprise-sized clients happened organically.

Sigma Conso made the very bold decision to start completely from scratch, taking only the business content and the logic of the project, but not a single line of programming. Discarding the original product, they took two years to design and develop something new.

Boldness like this does not come without risk. While their early adopters were the ones asking for Sigma Conso to grow the tool, creating a totally new product risked churn. The company mitigated this by keeping the conversation open with existing customers, keeping the working relationship tight.

Stripped of their original product, the four Sigma Conso partners (Allen White, Annie White, Dominique Galloy, and Vincent Cornil) chose to isolate themselves in order to intensify their focus on the future of the company. They decided to hold a series of meetings away from their traditional work environment and totally separated from all customers and business activities. And because of this self-imposed isolation, they decided to call this project the “Monastery”, from which they derived the name of their new product: Mona.

During these meetings, the partners discussed their industry experience and personal use of consolidation software. Combining this with early-adopter feedback and competitor features, it became immediately clear that they needed to offer a cloud-based solution, in addition to their on-site product. Sigma Conso decided to create a product that would provide both options but remain identical in design.

After taking a few months to write all of the auditing functionality, the team realised that they could not build this new product on their own. Initially working with a development agency, they eventually started hiring their own developers. Having people on site allowed for active and immediate discussion with all the relevant people, which accelerated product development exponentially. The company found and hired an excellent developer – a rare commodity in Belgium at the time – and finally had the right setup to create the technology behind the dreams created in the “Monastery” project.

The new product catered to its customers’ growing needs by including more features and functionality, primarily through data integration. For example, their integration with Iris Carbon’s iXBRL tool – a web coding language that supercharges HTML coding to structure data and make it both machine- and human-readable. This element facilitates easier financial reporting, enabling companies to meet international financial reporting standards (IFRS). A further integrated addition was creating ‘connectors’ with SAP’s S4/HANA, a cloud-based ERP system with embedded AI and machine learning.

Sigma Conso’s new product was a great success. With its cutting-edge tech product, the company was well placed to meet the sudden and explosive demand for cloud-based tools, just as companies were becoming less sceptical about the security of these solutions.

With the introduction of private equity investment, the company has been able to take its product and success even further. But the benefits of this investment go far beyond the capital provided.

What started as a very small team of only 4 is now a team of 65. This rate of success and growth, however, can bring its own set of problems. Through its expertise and experience, Sigma Conso’s investors have become guides in strengthening and improving the company’s foundations. Having the right people in the right positions provides the necessary structure to step securely into the next phase of growth.

Sigma Conso has undoubtedly made some bold and brave decisions. Where Fortino has stepped in to help the company is by encouraging its executives to challenge their own business decisions more. As the rate of change increased with their success, Sigma Conso’s executives felt the pressure to make perfunctory and potentially hasty decisions.

Sigma Conso has also benefitted greatly from the extended network it has encountered through its equity partnership. Through regular leadership calls, where ideas and knowledge are discussed and shared, the company has naturally fit into a close network of like-minded portfolio companies. It has found connections with several more people through the network to help acquire the knowledge needed to continue and nurture its growth.

Vincent Cornil, IT Director and one of the original quartet, advises any company contemplating investment not to wait too long. In his words, “Timing is key. If we hadn’t encountered Fortino, our journey would not have continued along the same path – we wouldn’t have grown in the same way simply due to the lack of support. Do not delay this kind of support! Doing so will stall and maybe even prevent any future growth.”

Today, almost all of Sigma Conso’s early adopters have made the transition to the new product. Several took many years to make that migration, which is, in and of itself, a testament to the quality of Sigma Conso’s original product and services.

The chart below shows the growth of Sigma Conso’s cloud-based users and clearly validates their hypothesis on developing a cloud-based product. The increase in 2016 reflects the company’s intensified marketing efforts, as well as the increased appetite on the market for cloud-based solutions. 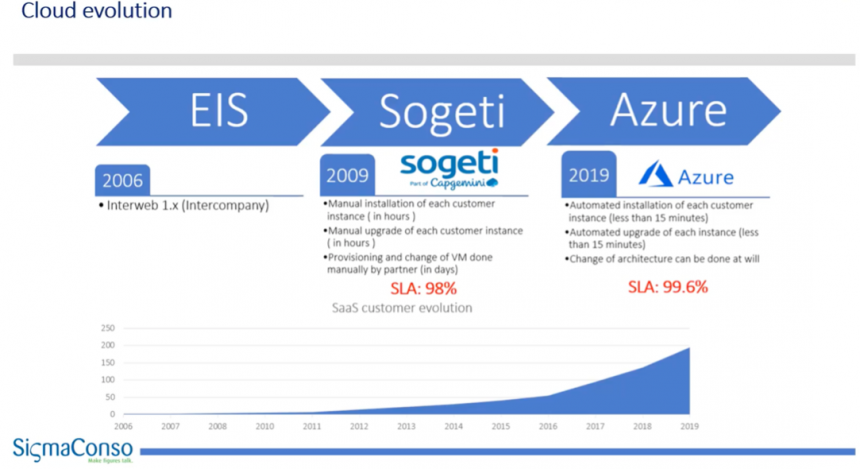 Where Sigma Conso stands head and shoulders above the rest, however, is in its focus on developing and maintaining relationships with its clients. It does not just provide software and product support, but offers other services that include consolidation training, consultancy, and annual check-ups, to name but a few.

These days, the company boasts over 600 customers in more than 20 countries. It has 10 international offices, and acquired, in early 2021, full ownership of its Southeast Asia operations. The acquisition also resulted in a new data centre in Asia, which offers central data hosting to local cloud customers.

If you’re a European-based B2B software entrepreneur looking for advice and potential investment, we can help. Contact us, and let’s get the conversation started.