Peter De Brabandere, founder of BizzMine, is feeling the positive effects of the investment from Fortino's Growth Private Equity Fund. In just six months, it brought new momentum to the company he founded in 1995 and which meanwhile supports 350 companies in 45 countries. BizzMine can now fully achieve its ambitions and become a leading player in the European market for quality software.

Read the double interview with the founder of BizzMine, Peter De Brabandere and Toon Smets, investment manager at Fortino Capital.

Peter's experience is that “Fortino is fuelling our ambition. Their team asks questions and looks for answers, for example about our growth. This quickly leads to results, we notice. Because where we used to grow 25% a year, we're now growing 50%. From here, they challenge us further in how to sustain and accelerate this growth, without setting unrealistic targets. “Shouldn't we go for 80 to maybe 90% growth?" they suggested. What makes them unique is that they're also helping to achieve this ambitious target.”

Over the past six months, BizzMine and Fortino made great strides together in various areas: in HR, sales, corporate structure, strategy, reporting, etc. “We followed training courses in sales, among other things, and received expertise from the Fortino team,” says Peter. “It's great to be able to ask any question and learn from their wealth of experience. I can also see my sales team—and by extension all our employees —grow. I can see how motivated they are following Fortino's investment. I can see their enthusiasm and confidence increasing with the renewed momentum. Many are making huge headway and are feeling even more motivated than before.”

“It's great to be able to ask any question and learn from their wealth of experience."
Peter De Brabander, CEO BizzMine 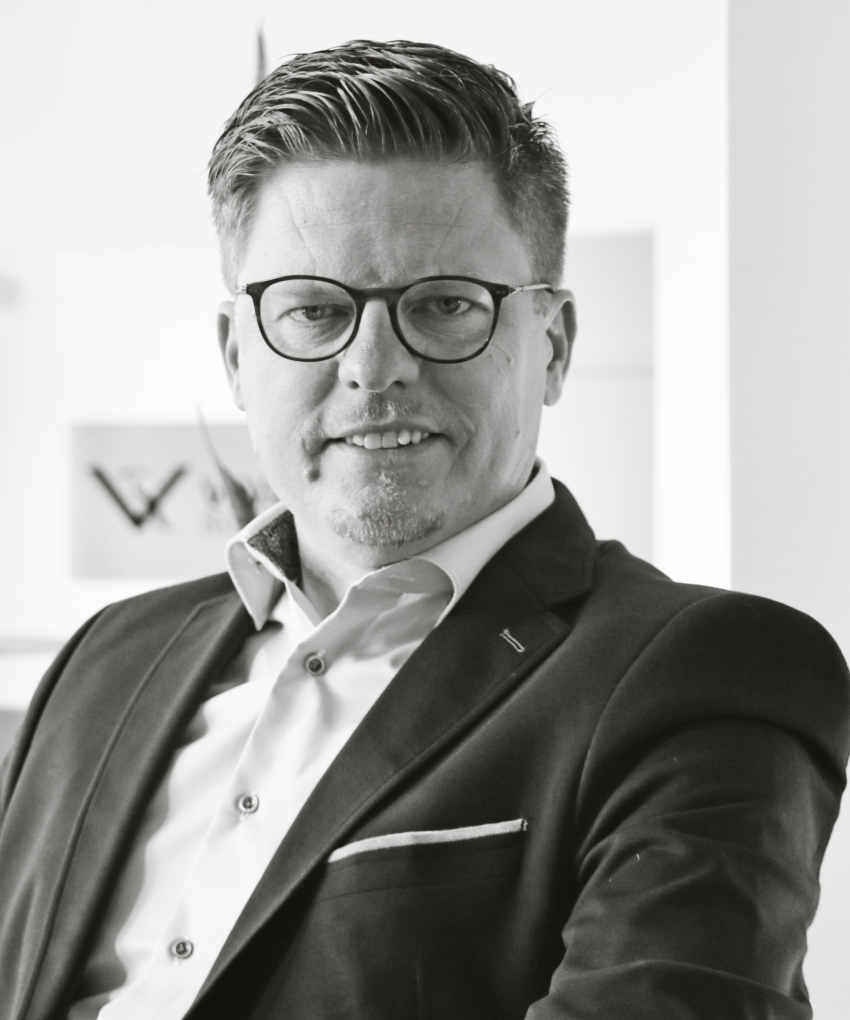 The growth scenario that Peter had in mind was worked out and put on paper after just one day of working with Fortino. “Since then, our growth direction has been so much clearer.”

The figures are also much clearer now: “Our figures were already in order. But we recently started working with a partner who taught us how to create fixed, structured reporting at a much higher level than before. Since then, we have recorded the figures and ratios in the same way every month. Despite our complex structure involving foreign branches in Singapore and the Netherlands, this reporting now shows a clear and up-to-date 360° overview in just 20 slides. It would have taken me much longer if I'd had to do this on my own.”

People are essential in this growth trajectory. Strong profiles easily lift your scale-up a couple of levels. But how do you get that scarce and sought-after talent to come work for you? It wasn't straightforward for BizzMine.

“We became an attractive employer in a short time. We managed because Fortino's HR expert was able to turn the hard-to-get mentality of candidates into curiosity.” Peter De Brabander, CEO BizzMine

Fortino's recruiters changed this, Peter says: “We became an attractive employer in a short time and hired two experienced candidates in the Netherlands. I'd never have thought it possible. We managed because Fortino's HR expert was able to turn the hard-to-get mentality of candidates into curiosity. The people she spoke to wanted to know more about us, experienced human-centred recruitment interviews and are followed up even after hiring.”

If Peter had the feeling during the collaboration and investment negotiations that great steps could be taken together, he's now experiencing them in concrete terms. “That collaboration was a success from day one," Peter concludes. “I now see us growing side by side in a very positive way. I feel a real cross-fertilisation. It's a lot better than having to run a company alone.”